Painting Contractor on the Outer Banks Sold to Growing Family

Think selling a business is scary? Try cashing in your IRA, selling your house, quitting your job, and moving your wife and kids from Pittsburgh to the Outer Banks.

It all started in when Matt and his wife were given the option to buy a business from a member of their family. Although they decided not to pursue it, the opportunity helped Matt realize he eventually did want to own a business.

Having worked for two different top-300 construction firms, Matt felt confident in his ability to manage a contracting company. In 2011, he began his search. After two years of searching, he found Beach Painting.

Matt sent a cover letter, discussed the opportunity with his family, and decided he wanted to move forward with the business.

So, Matt and his wife Liz packed up their belongings, sold their home, and moved their two young daughters from Pittsburgh to the Outer Banks.

The North Carolina coast is known for its stunning beauty. It’s also known for strong winds, torrential rain, and periodic flooding. The high-demand for tourism, mixed with harsh factors is a dream-scenario for construction contractors.

These factors allowed the original owners to build a very profitable business.

When they decided to list with MidStreet, our first step was getting the business pre-approved with the SBA.

“One of the things that made dealing with MidStreet so easy, was that the company had been pre-approved for an SBA loan. They put me in contact with a broker, who really streamlined the process. There was a lot of paperwork involved, but I always felt like I had a team of people working with me, which made it much easier.”

Matt and Liz Brauer visited the Outer Banks in August 2013 to see the business and meet the owner. They also visited the local schools, met the principal, and explored some of the nearby neighborhoods.

After much thought, the Brauer’s decided to take the leap.

The sale was completed by Jeffery Baxter, President of MidStreet Mergers and Acquisitions. Beach Painting attracted several qualified buyers and sold for the full asking price.

“Beach Painting is the type of company that has hundreds of potential buyers. It’s a simple business model with recurring revenue and a strong foothold in the local market." said Baxter.

Matt no longer has to travel, he spends more time with family than ever before. By applying his construction background to Beach Painting’s strong foundation, he and Liz have grown the company substantially since 2014.

“Given the amount of wood rot on the Outer Banks and our growing reputation as rot repair specialists, I decided to become a licensed general contractor. We can now take on substantially more complex jobs and broader scopes of work for our clients.”

Matt, wife Liz Brauer, and their four daughters have grown to love the business and the community on the Outer Banks.

Despite their busy schedules, the family still finds time to participate in local community organizations and enjoy the beautiful Outer Banks. When he’s not devoting time to Beach Painting, Matt enjoys golfing, visiting the beach, and perfecting his barbecue skills in the backyard.

“It’s always nice when no matter how busy you are, you can stop and look around to realize that you live on the Outer Banks. It’s a great place to live, work, and raise a family.” - Liz Brauer 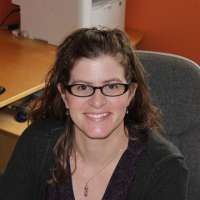 "The broker at MidStreet helped immensely to cut through the red tape and get our SBA loan. When we did hit some snags with the bank, he was able to pick the ball up and get us over the finish line. I know we couldn't have done that on our own."

"The broker at MidStreet helped immensely to cut through the red tape and get our SBA loan. When we did hit some snags with the bank, he was able to pick the ball up and get us over the finish line. I know we couldn't have done that on our own."

Alpha Total Services quickly built a strong foundation of business due to their focus on high-quality work and customer service.

At the time of sale, the company held 17 individual locations throughout Virginia and North Carolina.

Dr. Luke was inspired to start the business because of an injury he sustained to his neck during a football game in high school.

All Star offers several types of insulation to residential and commercial customers on the Carolina coast.