Bait and tackle stores are easy to find on the Outer Banks, but few have the reputation, selection, and credibility of TW’s Bait & Tackle. Founded in 1981 by Terry Stewart and his wife Robin, this business is one of the beach's most iconic fishing destinations.

“The Outer Banks and the community has all of nature’s wonders. We have the ocean on one side, the sound on the other side, we have all kinds of fish – it’s just a beautiful place to live and work.” said Terry.

Every year, millions of eager anglers visit the Outer Banks in search of their big catch. From surf and pier fishing to chartering a boat out to the Gulf Stream, the area hosts several state fishing records, including a 1,228 lb. Blue Marlin caught in 2008.

Capitalizing on the area’s legendary fishing culture, TW’s has grown year after year on the Outer Banks. By offering high-quality products and expert fishing advice to locals and tourists, the shop has built an unmatched level of trust in the community.

At the time of sale, Terry and his wife owned three TW's Bait & Tackle locations: Nags Head, Kitty Hawk, and Corolla. The couple decided to sell the Corolla location because of its distance from their two busiest stores, Nags Head and Kitty Hawk.

They felt that selling to a trustworthy buyer would be the best way to serve their customers, and continue building the TW's Bait and Tackle reputation on the Outer Banks.

Terry and his wife still operate two TW’s Bait & Tackle stores on the beach and take great pride in supporting the local community.

“It was an honor to work with Terry W. Stewart and his family to sell this iconic business on the Outer Banks. We found a great buyer, who has been very successful in running the business.” 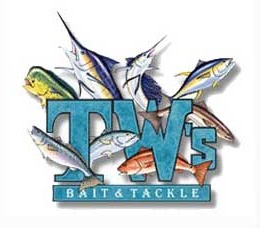 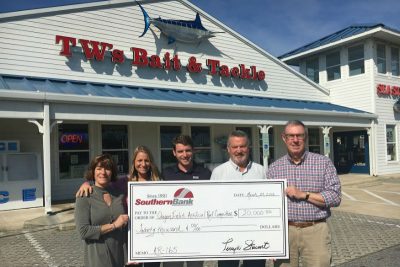 “It was an honor to work with Terry W. Stewart and his family to sell this iconic business on the Outer Banks. We found a great buyer, who has been very successful in running the business.”

After years of running his own business, Scott Griffin reluctantly steps away due to health problems.

Founded in 2005 by Bill Gallagher, Superior School of Real Estate is known for its quality programs, entertaining instruction, and impressive passing rates.

Dr. Luke was inspired to start the business because of an injury he sustained to his neck during a football game in high school.