After 27 years in the pest control industry, buyer George Bond decided it was time to start working for himself.

Founded by Joe Manning in 1976, Manning's Pest Control has served Brunswick and New Hanover counties for over 40 years.

What started with Joe Manning, his wife, a home office, and one truck grew over the years into the area's leading pest control company with 19 employees.

After many successful years in business, Joe decided it was time to begin planning his exit. He felt the best way to sell his business was to find a manager, bring them in, and eventually sell them the company.

After meeting George Bond at an industry trade show, Joe quickly realized he had found the right person.  He asked George to relocate to the area and take on the role of General Manager of Manning's Pest Control.

With over 27 years in the pest control industry and experience gained from working with companies like Terminix, Orkin, and HomeTeam Pest Defense, George Bond was indeed the perfect buyer for Manning's.

“I had been in the business making money and growing businesses for 27 years for other people, and it's just time to do it for myself." said George.

Once George joined Manning's Pest Control, he quickly realized there was a lot of catch-up work to do.  Joe Manning had been operating the company absentee for quite some time due to his wife's serious illness.  Unfortunately, the lack of owner involvement had led to several serious employee issues including the mismanagement of inventory and the theft of expensive chemicals.

After spending the first couple years improving the business, George decided it was finally time to explore ownership for himself.  With the help of MidStreet, George used the SBA 7(a) loan program and a 401k rollover for business startups (ROBS program) to acquire the company.

The sale was completed by Erik Sullivan of MidStreet Mergers and Acquisitions. Mr. Sullivan specializes in the sale of businesses in the home services industry and has assisted many pest control company owners in the preparation and sale of their business.  To learn more, contact Erik Sullivan at (919) 263-2550 or erik@midstreet.com

“MidStreet was very helpful.  I called them because they understand the ins and outs of the SBA process, as well as just connecting with the emotional experiences of the owner and the buyer.” - George Bond 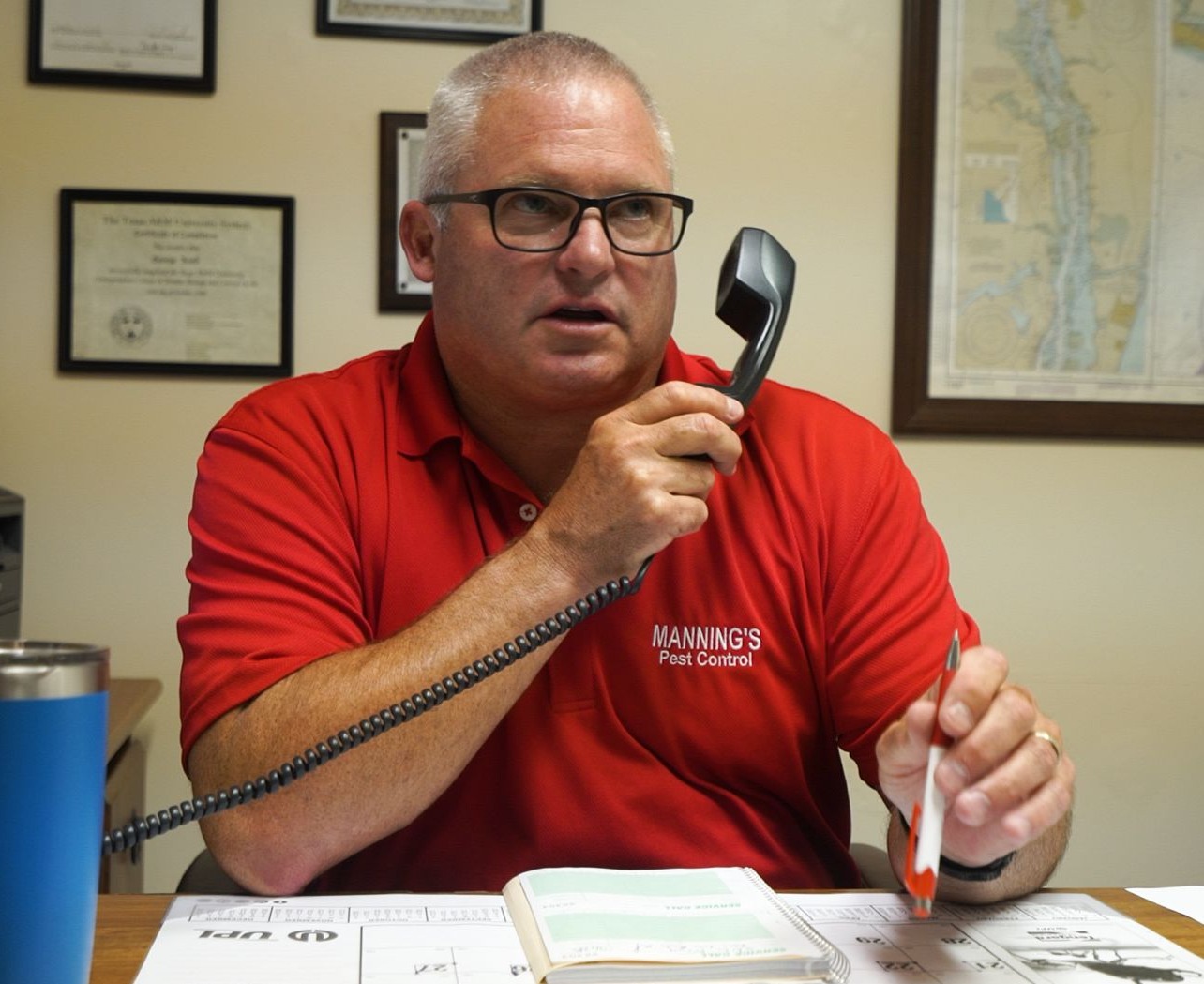 "Looking back, I should've done this 15 or 20 years ago and I could be retired by now, but for some reason I didn't want to take the risk, and shame on me for that."

"Looking back, I should've done this 15 or 20 years ago and I could be retired by now, but for some reason I didn't want to take the risk, and shame on me for that."

Alpha Total Services quickly built a strong foundation of business due to their focus on high-quality work and customer service.

After 13 years in business, John Brooks decided to step away from Mill Tek Toll Grinders to travel and enjoy retirement.

After 22 years in business, Atlantic Glass, Inc. has sold by way of MidStreet Mergers and Acquisitions to Duke Sochalski.