After 22 Years, a Business Owner Reluctantly Steps Away

Founded in 1992 by Scott Griffin, Benchmark Network Solutions is a networking and systems integration company offering structured cabling, managed IT services, and telecommunications .

Griffin decided to start Benchmark after working for a company that sold and distributed IT products. He recognized how frequently his clients needed customized engineering solutions and installations for these IT products. Seeing an opportunity, Griffin began consulting, which led to officially opening Benchmark Network Solutions in 1997.

Then, after 22 years of running and growing the business, Griffin came to a point in 2017 when he knew it was time to sell.

“I’ve had health problems for most of my life,” said Griffin.  “I began to really consider what am I going to do next if I have to retire, and I reached a point last year when I knew it was time.  It was hard to even imagine selling the company, but I knew realistically, it was something I needed to do.”

Although Griffin received numerous offers to purchase his business, he never felt those buyers would truly connect with his clients and, more importantly, his employees. He also had a limited understanding of the process and felt unsure he’d be making the right decision. Griffin turned to his CPA for guidance, who recommended MidStreet Mergers & Acquisitions.

After meeting with brokers Jeffery Baxter and Van Daughtry, Griffin decided to list his business with MidStreet.

Next, it was time to produce the materials to market Scott's business.

"I presented the onsite portion of the video to my employees as a marketing video for our website. They didn't ask any questions, and it didn't raise any concerns when Erik came through and started taking the video," said Griffin.

Using the marketing video and the detailed business write-up produced by MidStreet, Benchmark was able to draw the attention of more than 20 qualified buyers, leading to 2 formal offers.

The ultimate buyer, Faisal Ahmed, has a long history in the telecommunications and IT Solutions field. After five years at IBM, and four years at Xyratex (a Seagate company), Ahmed decided to follow the advice Steve Jobs personally gave him during a brief encounter many years before: “Be an entrepreneur.”

“This is my first experience buying a business. I was very excited to find the business locally. The thing that set MidStreet apart from other companies is the service – every time I felt I wasn’t completely comfortable, I could call and Jeff would put my mind at ease.” said Ahmed.

“The other part was the video. Having seen the video with the past owner showing how the business works gave me a much better idea of the work environment, the employees, and the value of the business.”

Selling brokers, Jeffery Baxter and Van Daughtry, are very excited to see where Faisal will take Benchmark in the next few years.

“Scott built a really solid business over the last 22 years, and I think Fasial is going to take the business to the next level.  Both Scott and Faisal are great people and it was an honor to work with both of them,” said Baxter.

“As soon as I got to meet Jeff and his team, I felt comfortable right off the start. It was a complicated journey, looking back on it now, but I was definitely in the right hands.” - Scott Griffin 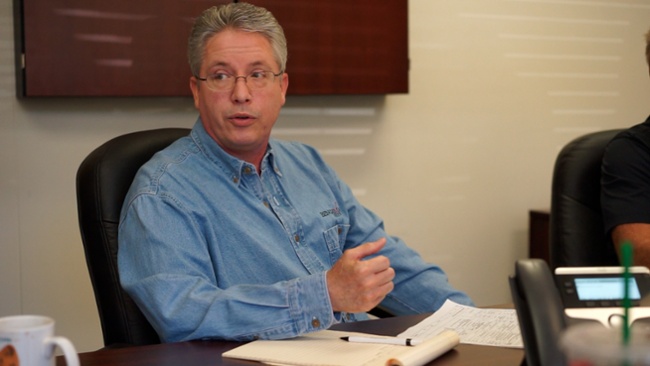 "They worked with the buyer closely, always keeping my interest in mind as well. I feel like they did a great job for both parties."