When Pete Kelly started searching for a business, the last thing he had in mind was a pool company in Kitty Hawk, NC.

It was 2008 - just after the global financial crisis. Kelly was working for Hendrick Automotive as Vice President of Gwinnett Place Chevrolet, but the shifting economy had thrown the industry into turmoil. Feeling burnt out, he decided to step away from Hendrick after 13 years with the company and search for his own business.

Five years earlier in 2003, Jim Snyder was signing the formation documents for Caribbean Pools and Spas. After 10 years in the industry, he was starting his own business. Early on, he met with MidStreet to discuss his exit strategy.

“After having a consultation with MidStreet, it kind of set me straight as far as what I need to do and how I need to set my business up from the beginning. I probably know of three or four guys who at the same time every year say ‘that’s it, I’m selling!’ so there’s no forethought to selling the business. I think all of them should have a five-year plan.” - Jim Snyder

The Outer Banks attracts more than 7 million vacationers each year. This influx of visitors relies heavily on the home-rental market due to limited hotel options, which benefits the pool business in two major ways.

“We had a massive growth in business, to the degree that it was hard for me to personally handle.” - Jim Snyder

During this time, Snyder also began competing in triathlons around the Outer Banks of North Carolina. As a life-long athlete, he discovered a passion for competing in and organizing these events.

Knowing he could not devote the necessary amount of time to his passion with Caribbean Pools and Spas, Snyder decided it was time for a change after 20 years in the industry.

Buyer, Pete Kelly, and his family searched for nearly two years before finding Caribbean Pools and Spas. Although he did not have a background in construction, Kelly and his wife Elizabeth were confident their skills in sales and customer service would serve them well in the business.

So, in 2009 they jumped in, purchasing the pool cleaning and installation portion of the business from Snyder.

Today, the business continues to grow under the supervision of Pete Kelly and his wife Elizabeth. If you’re in need of pool services on the Outer Banks of North Carolina, we urge you to give them a call.

"We looked at several businesses, but ended up with the one we thought best suited all the goals that we had." - Pete Kelly 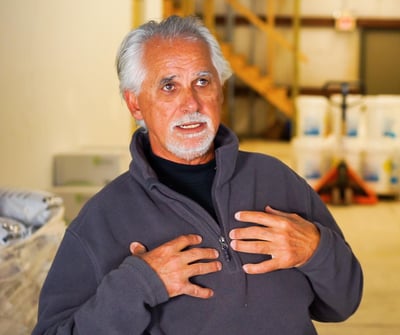 "We started out with a plan to sell it in the beginning, and it just made it easy."

"We started out with a plan to sell it in the beginning, and it just made it easy."

Sometimes unexpected events bring about major life decisions.  For Scott Griffin, health issues forced the sale of the business he founded over 26 years ago.

Bill Gallagher wanted to be in the classroom, but his business was growing and needed help going to the next level. The answer? Call a private equity group specializing in education.

After receiving an unsolicited offer, owners John and Linda Lee had a gut feeling their business was worth substantially more.